Nothing special, this was my first run of the recent betas

Part of the sequence I was running was capturing RGB stars, I was watching the monitor as these events were relatively short. I noticed that on event / filter change that AF routine began running whilst the filter wheel was still showing as moving. The AF runs were good so this didn’t appear to cause a problem. The move to the next filter only takes a second or two, but the AF began as soon as the filter change was called. I noticed it initially and didn’t take note of the time, the next time I definitely saw it happen was around 19:35. 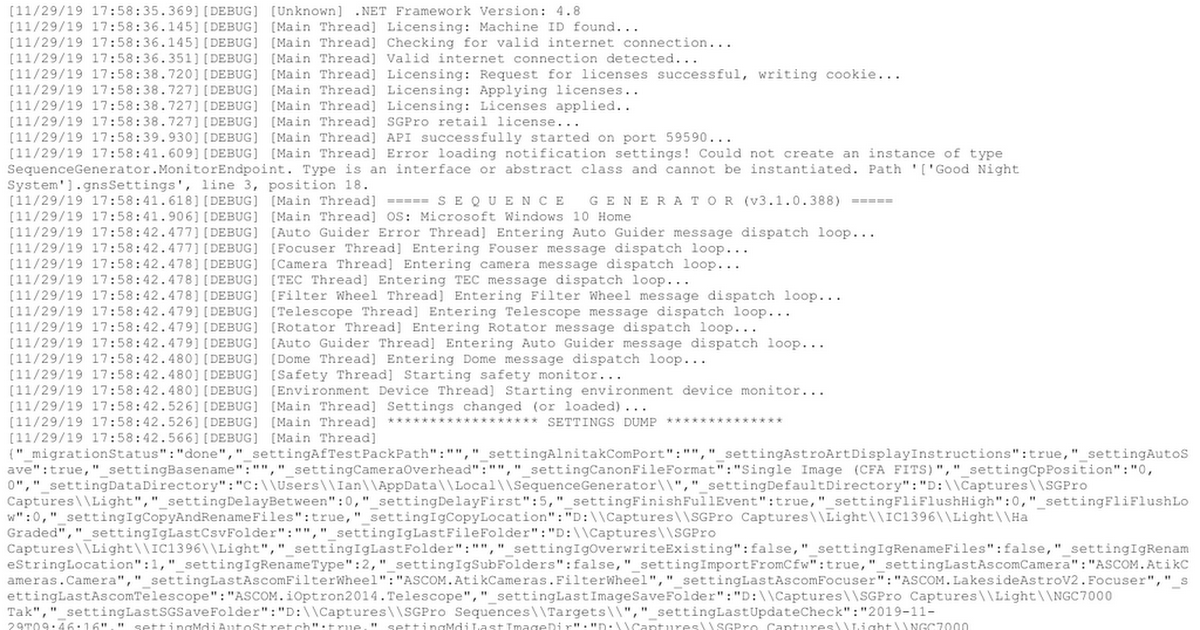 Thanks for the recent dev work, there’s some great improvements being made here!

You would need to turn logging on for your CFW to fully understand what is happening here. When SGPro logs this line:

It means that the CFW is reporting it is done with the filter change.