Ok, thx. I think this is a good idea and should be pretty easy to implement… just trying to think if it might create an equally annoying problem with a different workflow. I feel like it might be disorienting to draw a small rectangle in the “not center” and have it appear far away from where the mouse is located. What about maybe either a button to add a single panel in the center of a canvas or a button that will center whatever panel rectangle exists on the canvas?

A centering button would solve the problem. I just assumed if someone only draws a single frame, they probably want that frame centered on the target but I can see that someone might be wanting to capture something that is just near the target coordinates and having the frame snap to a centered location would be annoying.

This is available in 4.2.0.914. The MFW controls are kind of already a mess and need some attention… the idea of adding even more buttons to it makes my eye twitch. So, at least for now, you will find 2 new context menu items at the bottom. Right click anywhere on the MFW canvas and: 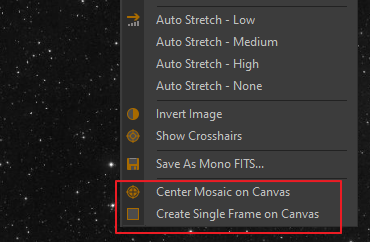 Alternative, you can use the numeric controls at the bottom to create the initial panel (by bumping either dimension to 1): 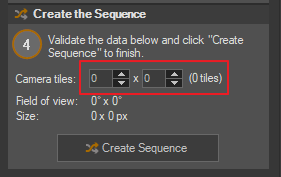