Is there a way to set up SGP for automated (as opposed to selecting “manual”) control of a home made lightbox? I have a large electroluminescent panel that I made some time ago (WAY cheaper than the commercial ones that are overpriced by about 10X). If there is, and someone has done it, how did you accomplish the interface with SGP, both in terms of hardware and software?

I can do this more or less manually during the day with the roof closed but it would be even better to have it as part of a sequence.

If so, How did you accomplish the interface with SGP, both in terms of hardware and software?

In the Yahoo! Group, I think Jared posted how he’s controlling his home made one. I think he basically programmed it to work like the box that’s supported using an Arduino?

n the Yahoo! Group, I think Jared posted how he’s controlling his home made one. I think he basically programmed it to work like the box that’s supported using an Arduino?

Yes, it does. Now I need to go back to Yahoo and find it. Speaking of which, Mega-Kudos to Jared for moving this forum to the new site. It is about a billion times better than Yahoo forums (which pretty much suck).

The code is on GitHub: 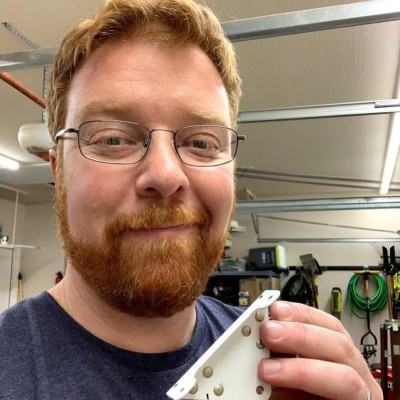 Contribute to jwellman80/ArduinoLightbox development by creating an account on GitHub.

The protocol emulates the Alnitak protocol so in SGP you just select that one. The light box control uses PWM for dimming. You won’t be able to drive the EL panel directly off of the arduino. I’ve had mixed luck getting the arduino to dim EL and switched to a LED panel which works well (also available cheaply out of trashed laptops…)

Thanks! I will have a look.

Are you using the whole laptop screen, or are you somehow removing the backlight from an LED laptop panel? I’ve been having a terrible time with flats of late, and I’m interested to try something new (and I have a box full of arduino parts…)

The LED version uses a bunch of LEDs in series to illuminate the panel along one edge. There are also some Fresnel lenses and other diffusing materials between the backlight and the LCD (you’ll want to keep all that) but they are attached to the backlight so it’s pretty easy.

From there I had to reverse engineer the pins on the backlight. At this point you’re just dealing with LEDs though so it’s fairly straightforward to find the ground and power pins. I believe there was a single ground and 3-4 power pins that each supplied a bank of LEDs. Once I found the power pins I soldered all the positive pins together and gradually started ramping up the voltage until I got some output from the LEDs. If memory serves me correctly I’m driving them at 22V. I use one of these to up the voltage from 5V to 22V http://www.ebay.com/itm/XL6009-DC-DC-Adjustable-Step-up-boost-Power-Converter-Module-/181430931733?pt=LH_DefaultDomain_0&hash=item2a3e205115

Anyways this probably sounds more difficult than it is. Once you have a panel in your hands and have it separated from the LCD this all makes more sense.

From there I used an arduino with the code above and a transistor to pulse the panel (PWM) for dimming. Previously I had used EL and I never really liked it. EL is hard to dim correctly and I wanted something that could be easily controlled by my PC. Actually I can power the entire panel off of a USB port

I’m currently in the process of adding this to my shutter controller. My panel is now mounted in my dome and the arduino that opens/closes the shutter will also control the lightbox.